Saturday was one of those days I can only describe as un-motivating.  It was raining and cold as we packed the car. It dumped for the entire 1 hour drive to Rifle Mountain Park. At one point I began laughing and questioned Andrew about why we were still driving. I’d  suggested throwing in the towel before we even made it to the highway. A day at the Glenwood Hot Springs was sounding perfect to me. But we kept driving.

The canyon was pretty much empty when we arrived. Everything looked a little darker than it should and the black rock was glistening as the water poured down the walls. I had no hope of actually climbing and was just hoping I could convince everyone that a diving board session at the pool would be much more fun.

The car thermometer read 48 degrees as we parked the car. In the back of my mind I couldn’t help but think about a day last year when the thermometer read the exact same thing. It was damp and gross then too. That was the day I sent the 7 PM Show. Maybe, just maybe, I could pull it off again. Maybe. . . but probably not!

Three bolts into my third warm-up I saw a flash and heard the crash of thunder. I believe I even let out a loud whoop! This was just ridiculous, but I was kind of having fun. That was until Andrew screamed up at me. “I’m getting soaked down here, you gotta come down!” I looked down to see him huddled as far under the wall as possible and getting nailed by sideways hail that was penetrating deep into the caves. I came down and finding my jackets soaked decided to give up for the day. I had one good go on my project for the weekend; I didn’t want to waste it on such a crappy day. I’d fallen at the crux countless times and even punted once above there. I just needed to do it right one time and Sunday’s forecast looked really good.

Once again I attempted to get the boys to pack it up and call it a day. This was just dumb, and now my coats were wet!

They wouldn’t leave. I was stuck in the canyon. I could either climb or just sit around pouting all day. Honestly the latter sounded fine to me. Adam Avery was with us and he had a cooler filled with beer, not climbing wouldn’t be too bad. But the thought of last years send kept creeping into my mind.

I decided to walk down to the Bauhaus and check to condition of Stockboy’s Revenge. If it was wet the decision would be made and I’d call it a day. To my great surprise it was dry and actually looked kind of bright. Several of my friends were in there trying to stay warm and get some pitches in. Chris Kalous called me over, saying he had a present for me, and handed me a roll of zebra striped duck tape. I love colored duck tape, maybe this would be just the luck I needed to send my route!

I decided to try warming up again and hoped my hands would feel warm. Going numb on this project wasn’t going to work, it was just too long and there was nowhere to get the warmth back in my hands.

After two more warm ups my hands were warm and I was ready to give it a go. So it was back down to the Bauhaus to face my fate. I’d either succeed or fail and I was willing to give my all to find out which it would be.

There’s a routine or pattern to getting ready to climb on a project. For me, it’s knee pads, duck tape, tie in, shoes on, and go.

My first attempt was a nightmare. I fell low on the first set of hard moves after knee-barring my finger and getting stuck. ARG!

I came down, pulled the rope, and tied back in. Andrew said I had fire in my eyes. I’ll say that I was mad. Really mad.

Back up I headed, squeaking through the bottom, but only just barely. I rested as long as I could bear before heading out the roof. A series of easier moves and various knee bars led me into the crux of the route.

Big move to a pinch. Throw the right foot above my head and put in the shallow knee bar. Grad the seam and sink the knee bar in deeper. This one has to be perfect, too shallow and it’ll slide, too deep and I’ll be too low on the next hold. Stand up and clip. Sink down and re-position the foot. Stand tall, all at once, and grad the gastone. Generate in the arms, stand tall, and switch the knee bar. Foot to knee and knee to foot. Suck up, stay tight, and grab the side pull. Get it high, get it wide.

Now go, go, go, get the feet up as quickly as possible.

For me getting the feet up was the crux of this route. Once they’re up it’s just a quick move to a sloppy gastone and then roll up to the undercligs. Get into the double knee bar rest and calm down.

I’d climbed to this point once before and then punted. Literally falling out of a knee bar. I couldn’t believe it!

On Saturday I stayed in that rest for what seemed like forever. I wasn’t going until I was sure. All that ran through my mind in the rest was “one move at a time, each move perfect”. Again and again I thought that. Stay in the present, finish this route.

The rest of the climb was a blur. I climbed it well, but was more tired than I’d ever been. I’d always skipped the third to last bolt and had played around with skipping the one above that as well. After an awful fall earlier in the summer I’d decided that skipping both was a bad idea, even if clipping the the second was hard. On the send my feet cut when I hit the clip hold. I threw them back on, but knew that there was no way I could clip and pull off the next moves. Without hesitation I threw for the jug on the lip and quickly moved through the next few moves to the next clipping stance. It wasn’t until I had it clipped that I let myself remember the last time I’d tried to skip that draw and nearly broke my ankle after a 60 foot whipper sent me crashing into the wall. None of that matter by then, I was done. Just a few more moves on big holds and I’d clip the chains!

I have to say that I’m very psyched to have sent this route. It’s uniquely amazing and exemplifies everything I love about Rifle. Strange, cryptic, specific, and above all fun.

Big thanks to Andy Raether for bolting this route and all of my patient friends who had to deal with my various and often-unpredictable emotions throughout the process.

Story of a Box 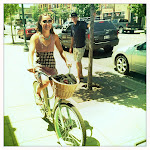